A strong earthquake early yesterday rocked the Indonesian special region of Aceh, killing nearly 100 people and sparking a frantic rescue effort in the rubble of dozens of collapsed and damaged buildings.

Major General Tatang Sulaiman, chief of the Indonesian Army in Aceh, said at least 97 died, while four people were pulled from the rubble alive.

Another four or five are known to be buried, but he did not say if they were dead or alive.

“Hopefully, we would be able to finish the evacuation from the rubble before sunset,” Sulaiman said.

The rescue effort involving thousands of villagers, soldiers and police is concentrated on Meureudu, a severely affected town in Pidie Jaya Regency.

Excavators were trying to remove debris from shop houses and other buildings where people were believed to be buried. TV footage showed rescuers in orange uniforms shining flashlights into the interiors of broken buildings as they searched for signs of life.

The Indonesian National Board for Disaster Management said 273 people were injured, about one-quarter of them seriously. About 245 buildings were seriously damaged or destroyed, mostly in Pidie Jaya, including 14 mosques, with the remainder largely dwellings and shop houses. Roads also cracked and power poles toppled over.

Footage showed rescue personnel carrying bodies in bags away from the rubble.

Mohammed Reza Faisal, director of Chik Ditiro General Hospital in Pidie Jaya, which is 18km southwest of the epicenter, said the facility, which was damaged by the earthquake, was overwhelmed by the number of injured people, many of whom were being treated in tents pitched on its grounds.

He said five people hurt in the earthquake died at the hospital.

The US Geological Survey said the shallow magnitude 6.5 earthquake that struck at 5:03am was centered about 19km southeast of Sigli, a town near the northern tip of Aceh, at a depth of 17km.

The agency had initially placed the epicenter undersea. It did not generate a tsunami.

In the capital, Jakarta, Indonesian President Joko Widodo said he had ordered all government agencies to take part in the rescue efforts for Aceh, a region that has considerable autonomy from the central government under a peace deal with separatists.

The Red Cross Indonesia has sent emergency response teams and advertised bank accounts for donations, while the International Organization for Migration said it had sent an assessment team to Aceh. 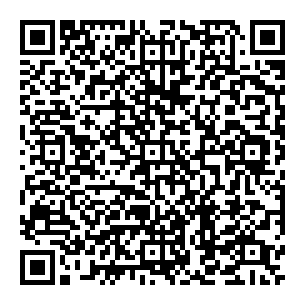